HBKitchens are pleased to showcase this recent renovation project. The customer was keen to open up an adjoining room to create a spacious family living area and a welcoming room to enjoy with family and friends. This was certainly achieved! 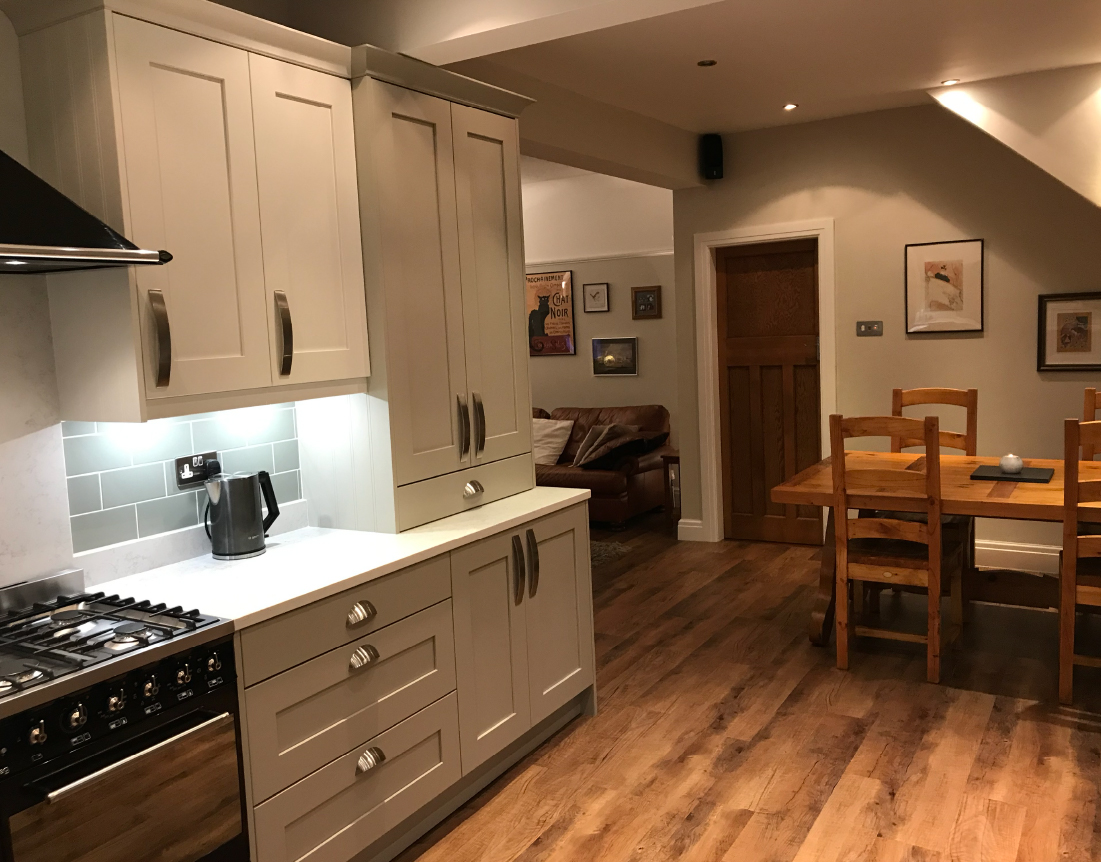 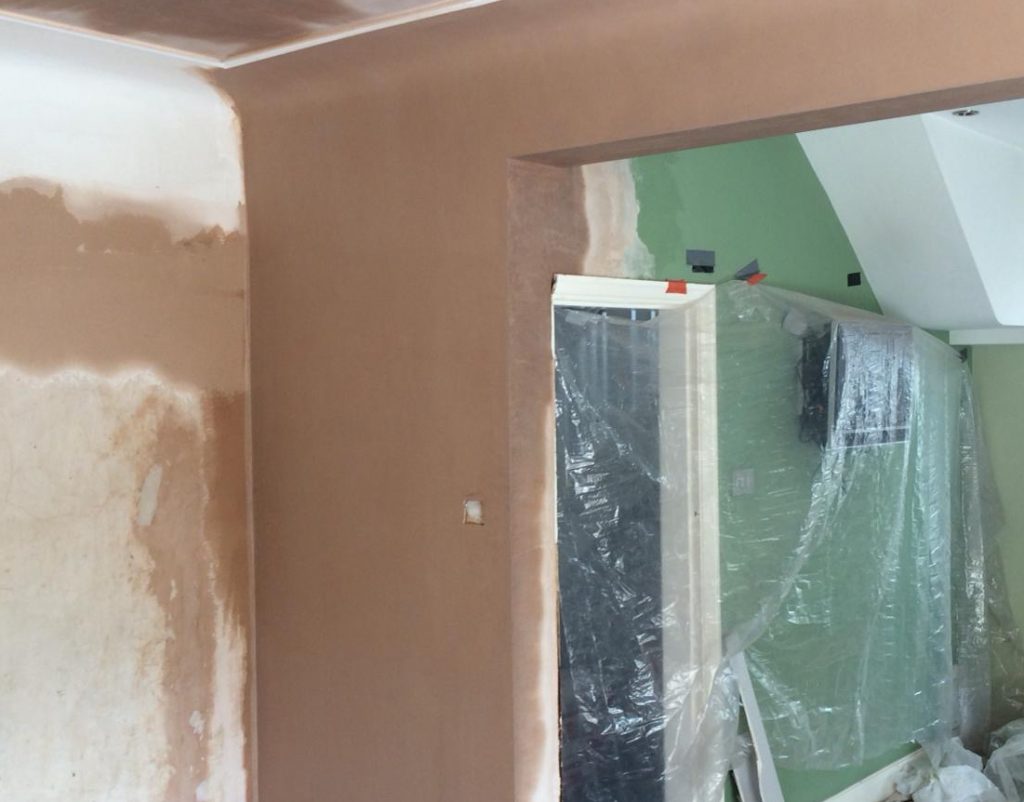 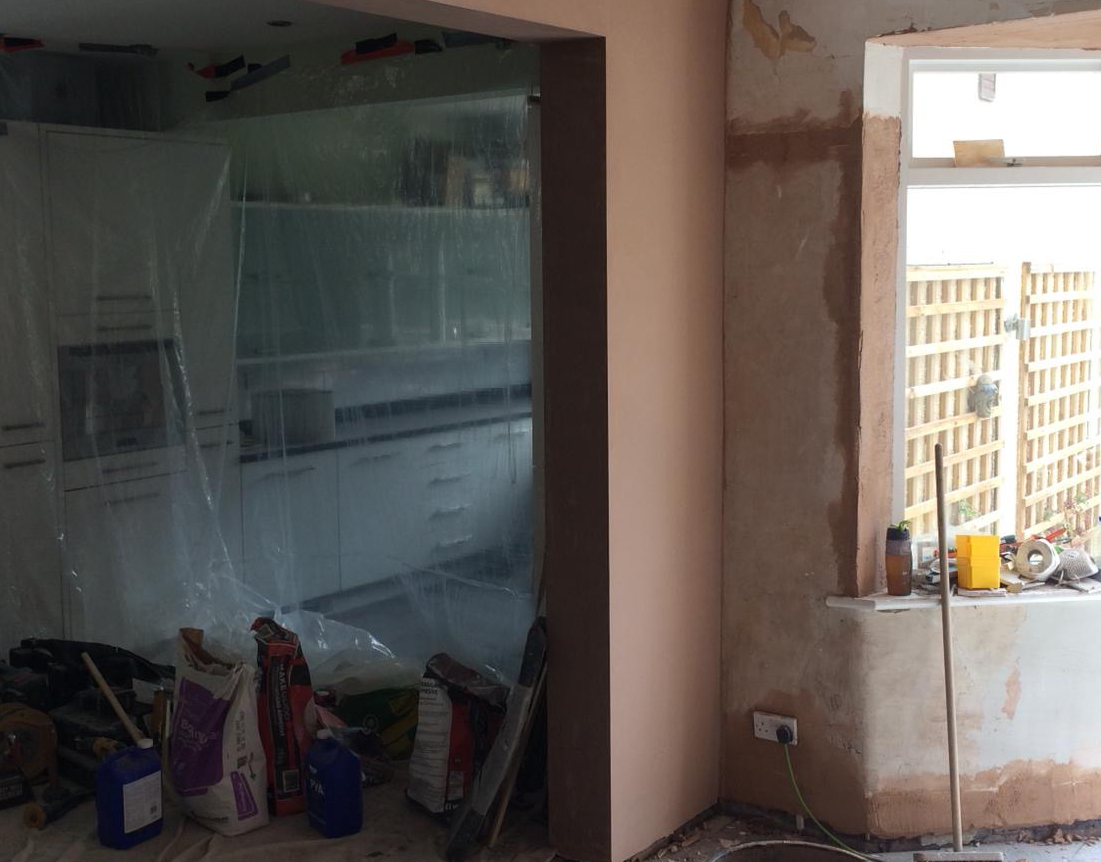 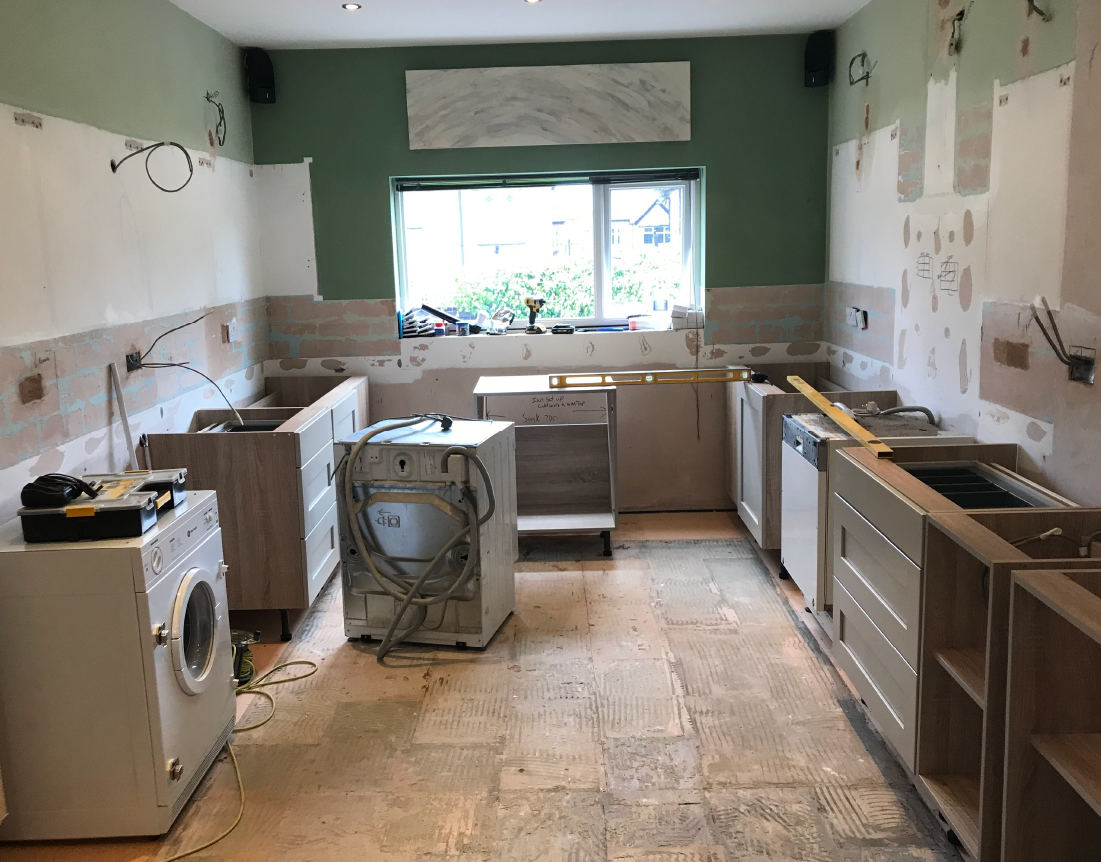 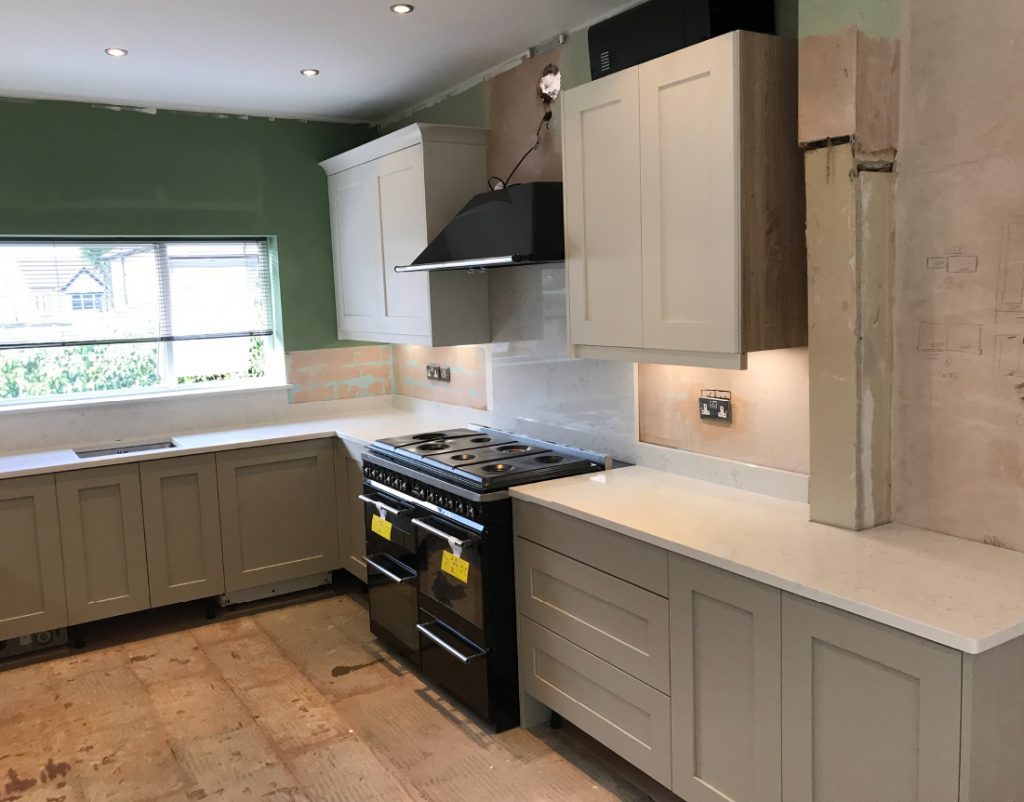 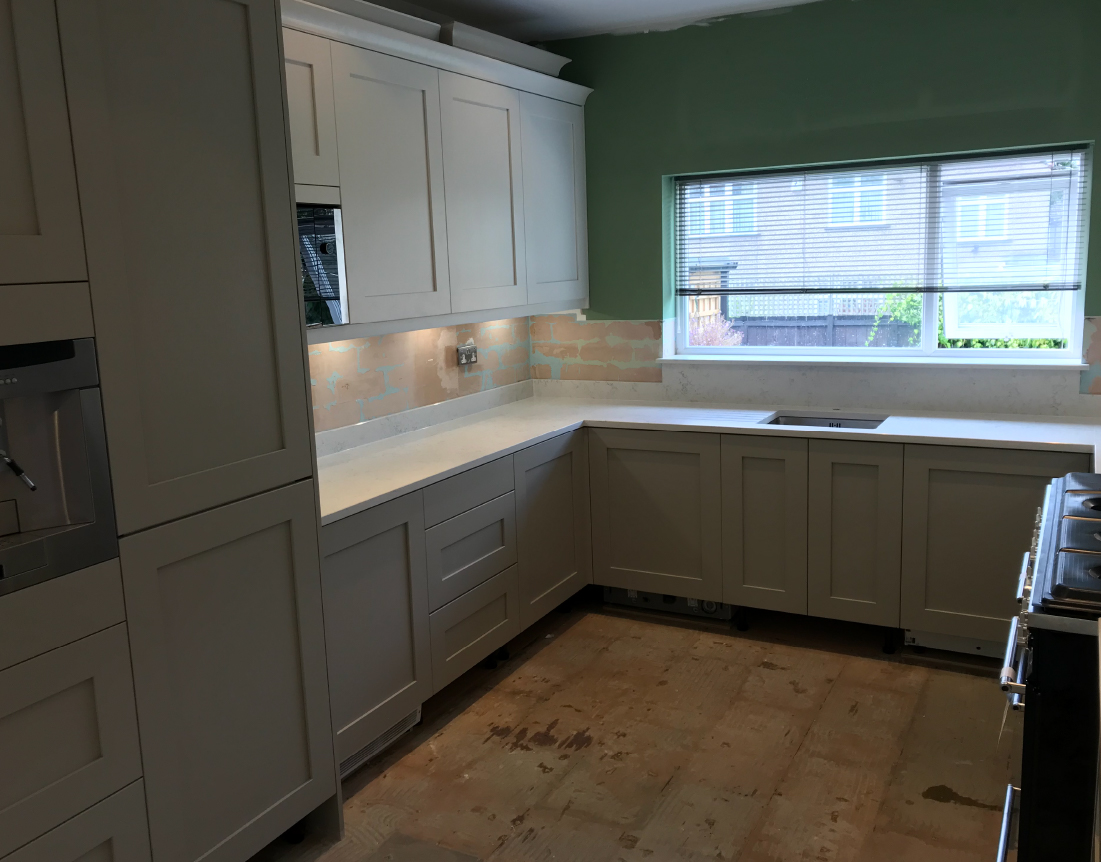 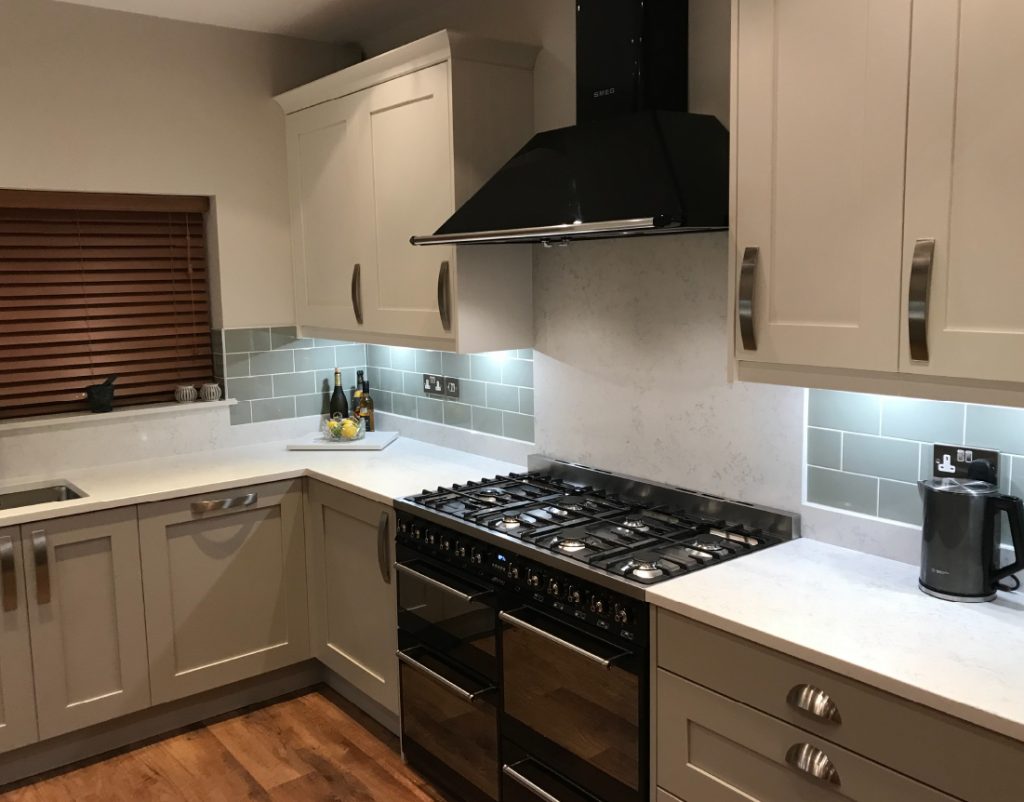 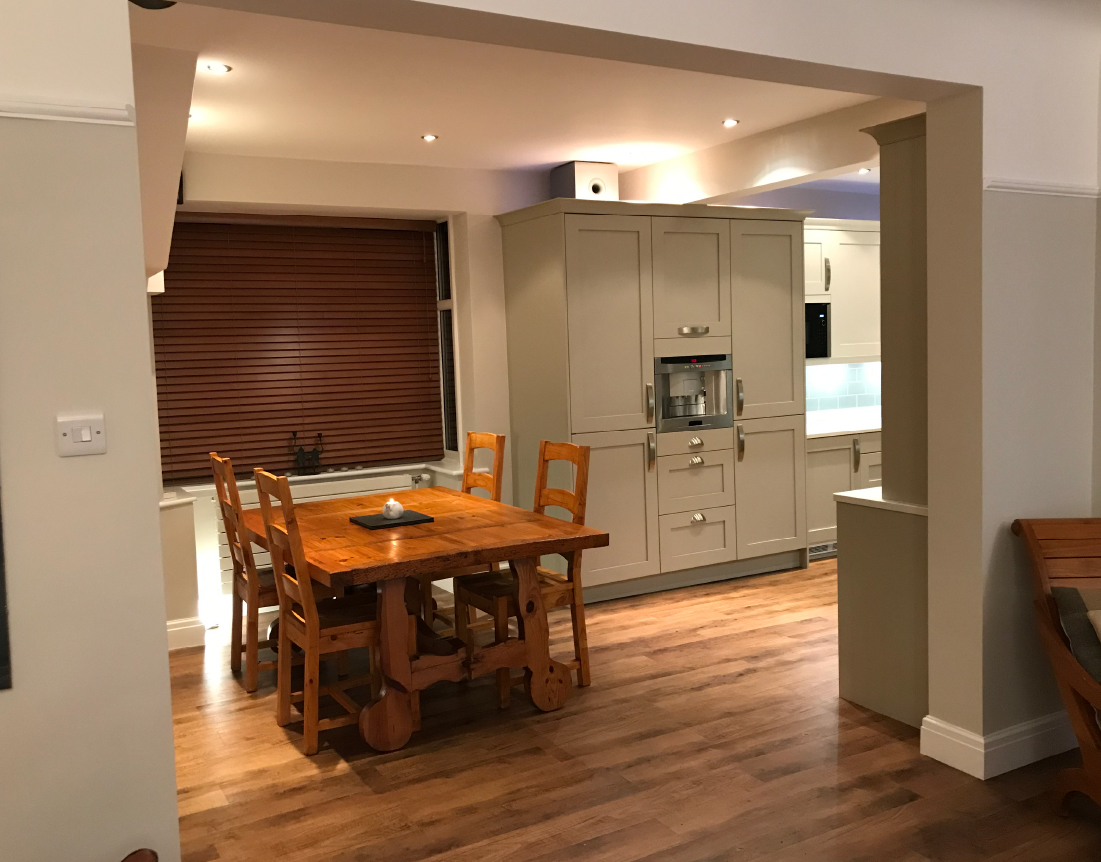 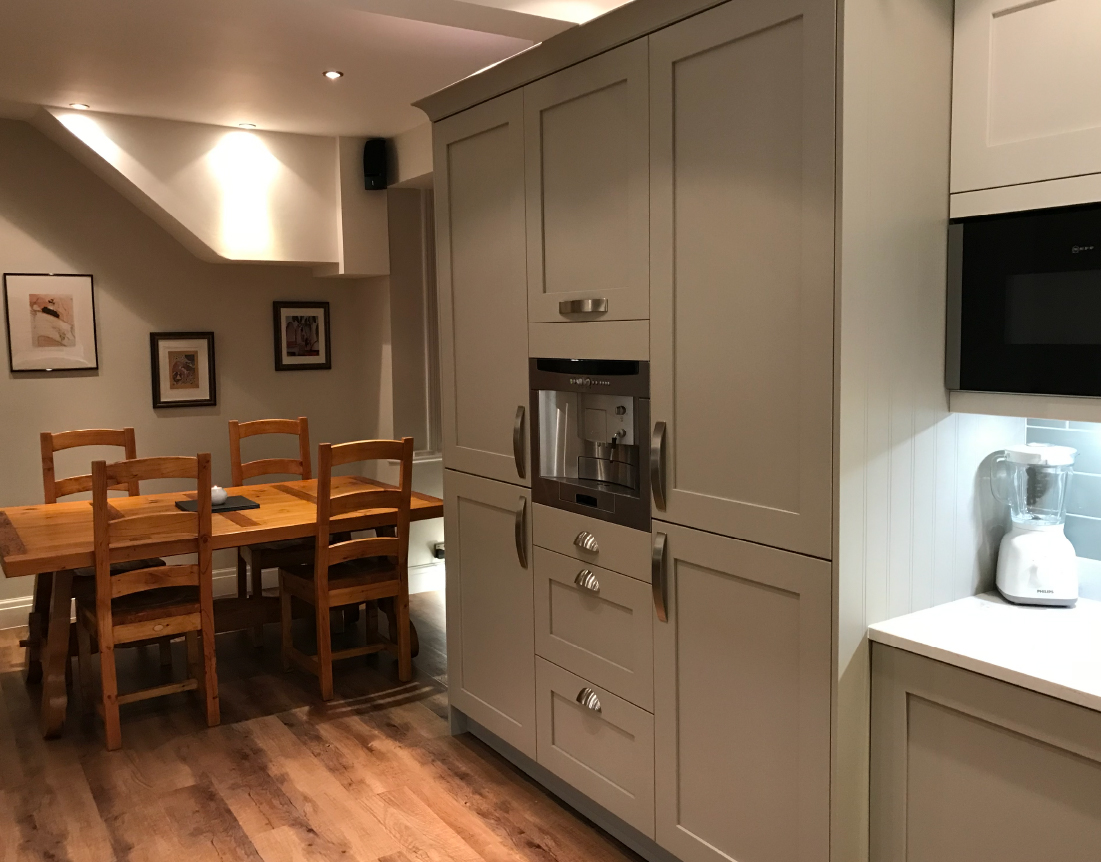 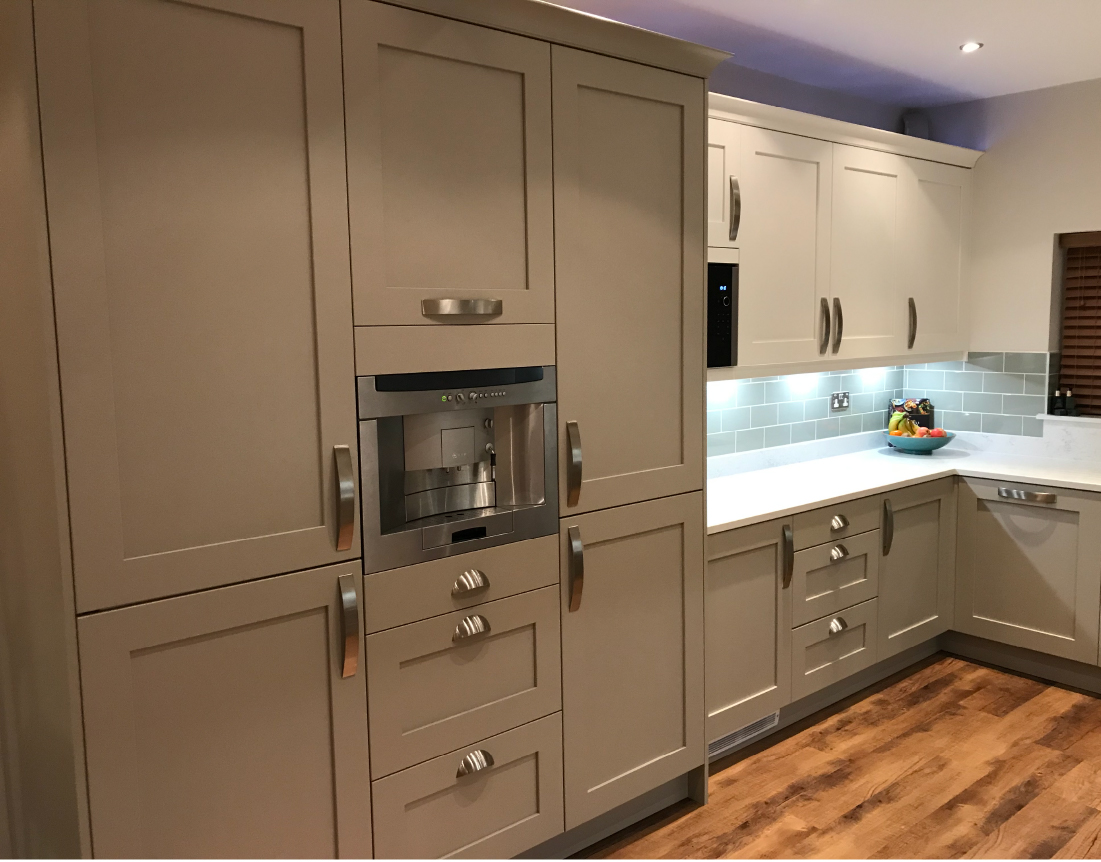 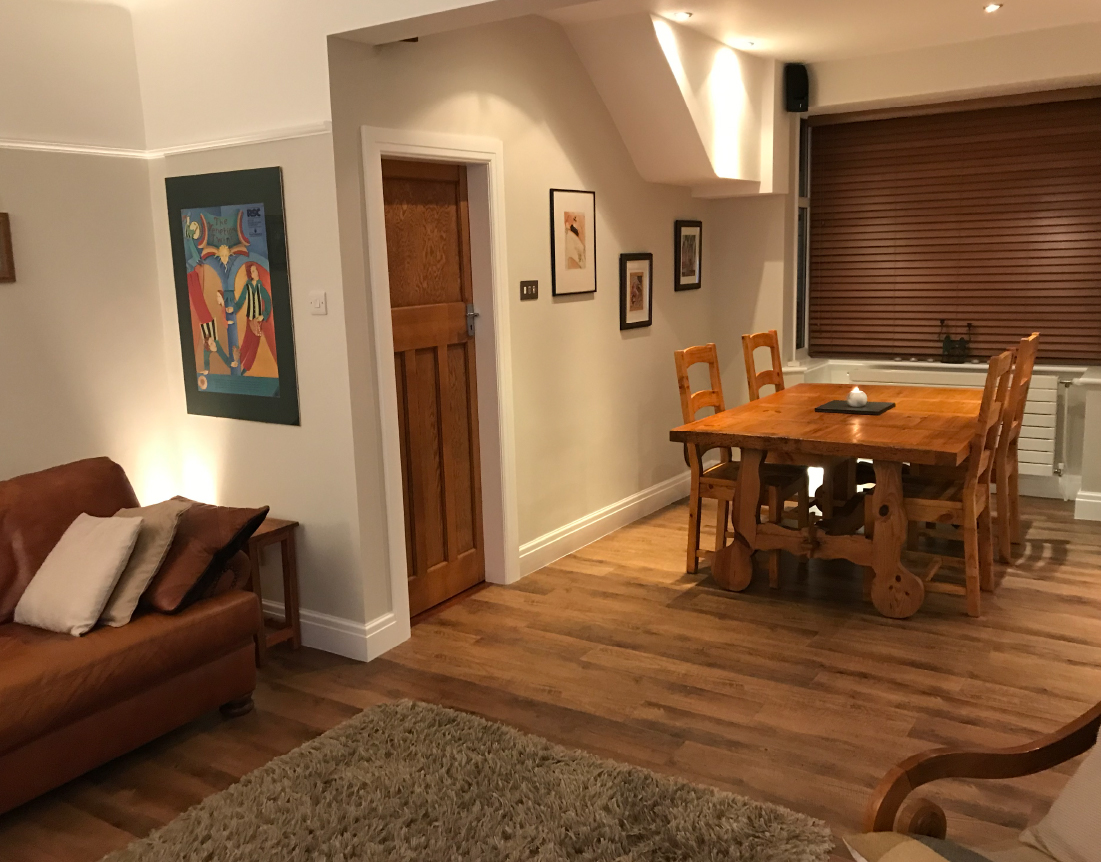 Due to many years of experience we were able to manage the project from start to finish. We understand the importance of each task being completed in the right order. This saves on time and money in the long run when all eventualities are considered before any work starts.

The before pictures show how the dividing wall was knocked down to open up the adjoining room, creating a large L shaped space. An RSJ (rolled steel joist) beam was needed as this was a supporting wall.

New electrical sockets were then installed and then the room was totally re-plastered.

Next, the kitchen floor tiles were removed and 9mm ply- wood was laid over the floorboards to create a level floor from the kitchen area to the newly opened- up space. This was in preparation for the new Amtico flooring to be laid at a later stage.

The old kitchen was then removed, and the new electrical layout was completed in the kitchen area followed by some minimal plastering. We then set out to install the new kitchen.

The customer wanted to combine a classic feel but with a contemporary twist in tune with the age of the property. This was achieved with the choice of Shaker doors in a mix of Stone and Porcelain from the popular Mornington range. This combination of colour works very well. The stone doors offer a calming contrast next to the clean white of the porcelain. Depending on the light, the grey doors can appear more khaki, making the space more interesting.

The choice of beautiful Carrara marble with its grey veins running through, was a perfect choice to complete the look including splashback, upstands and window- sill. Sage green brick tiles added that clean and fresh element and colour contrast. A mixture of cup and bow brushed stainless -steel
handles completed the overall look perfectly.

For the appliances, separate integrated fridge and freezer were housed behind tall larder cupboards with plenty of storage above with a coffee machine housed between the two. Further Le Mons storage was installed in the corner base units. Keen to enjoy cooking on a larger scale the customer chose a Smeg dual fuel 7 burner range with two ovens and grill compartment. The choice of black rather than chrome has created a further contrast and wow factor along with the black built in Neff microwave.

Finally, the flooring was laid. The warm tones of the Amtico flooring and chunky traditional fire completely transformed the room creating the desired overall look that the customer had envisaged. We then added the alcove shelving and cupboards with a walnut worktop, tying in nicely with the flooring and fire. Walls and shelving were painted in a khaki mist shade from Dulux. 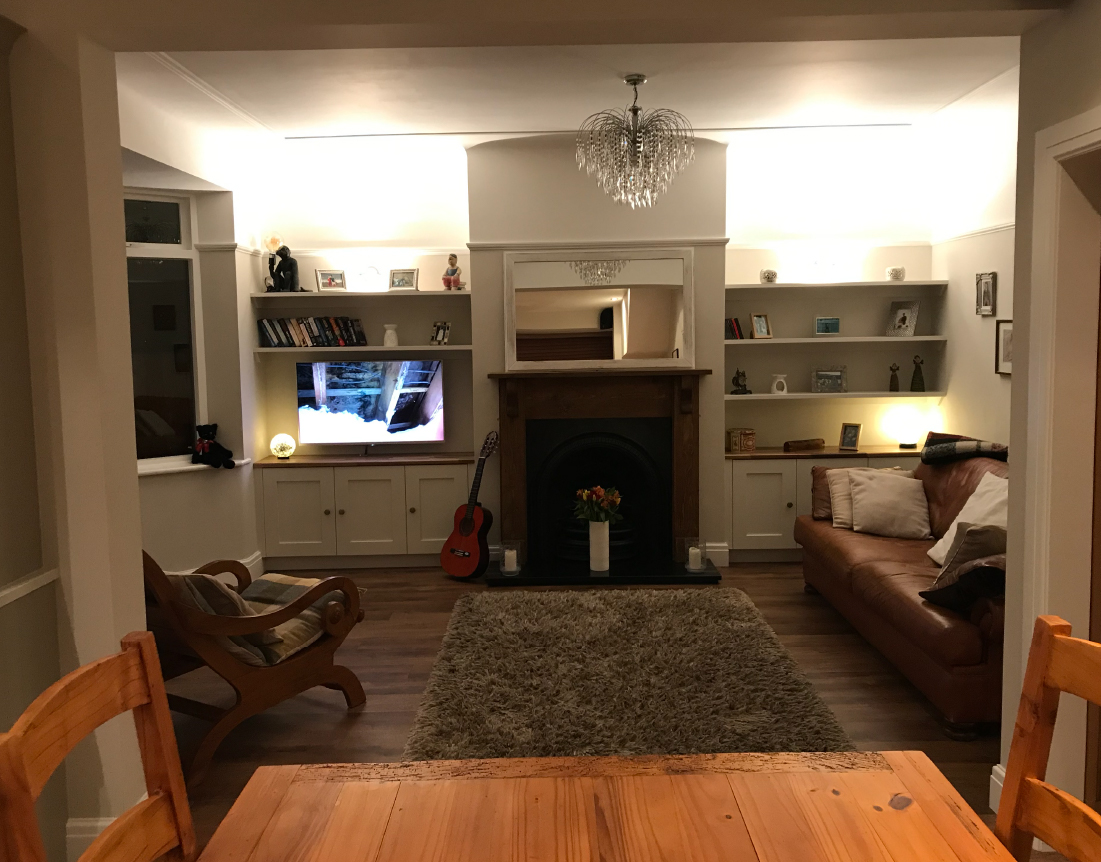